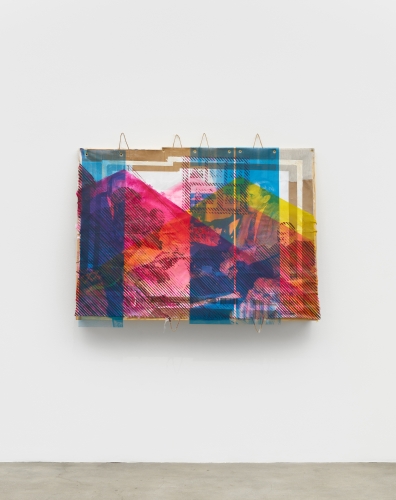 The Joan Mitchell Foundation announced the recipients of its 2020 Painters and Sculptors Grants, which provides 25 artists with $25,000 in unrestricted funds and access to arts professionals for “consultations on career development and financial management,” as well as eligibility to apply for residencies at the Joan Mitchell Center in New Orleans.

The 2020 grantees range in age from 28 to 82 and hail from 17 states and territories across the United States. Among the recipients are Kahlil Robert Irving and Tomashi Jackson, both of whom were featured in the “Newly Emerging” section of the 2020 Artsy Vanguard. Irving, whose practice centers on sculptural works and installation, was recently included in the Whitney Museum’s exhibition “Making Knowing: Craft in Art, 1950–2019.” Jackson, meanwhile, is known for her intricately-layered, research-driven assemblages made up of materials including paper, textiles, plastics and more. For her participation in the 2019 Whitney Biennial, Jackson explored the history of New York’s Seneca Village, a predominantly Black middle-class neighborhood that was demolished to make way for Central Park.

Christa Blatchford, executive director of the Joan Mitchell Foundation, said in a statement:

The Foundation first launched the Painters & Sculptors Grants 27 years ago with the vision to support and nurture the lives and careers of working artists, recognizing that creative endeavor is best supported through robust and unrestricted financial support. This year, the $625,000 in unrestricted funds awarded through the Painters & Sculptors Grants builds on the nearly $1,000,000 in relief funding that the Foundation will have given by year's end to the coalition efforts Artist Relief and Creative Response NOLA, and direct aid to former grant recipients in need [...] We are delighted to be able to recognize the artistic achievements of our new grantees and to continue to offer important lines of support, especially in a year that has brought particular challenges to the artistic community.

This year saw a significant uptick in demand for both artists, according to Artsy data. Jackson in particular saw inquiries on her work increase 17x from last year.