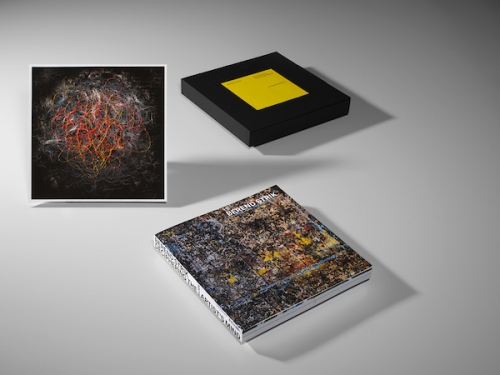 Berend Strik (b. 1960) is an internationally acclaimed Dutch visual artist whose oeuvre ranges from two-dimensional works to sculpture and architecture. He is best known for his embroidered found objects, including photographs. Since 2012, Strik has focused on a series he calls Deciphering the Artist’s Mind; Strik has photographed the studios of well-known modern and contemporary artists, such as Marcel Duchamp, Jackson Pollock, John Baldessari, and Martha Rosler, and then stitched colorful materials into enlarged prints of the photographic images. This book, designed by Irma Boom, documents this series. Texts by Marja Bloem, in collaboration with Strik, explore the artist’s visits to the studios, including encounters and conversations with many living artists. The visual documentation of the works and the insightful accompanying texts serve to fully investigate the themes that underpin the series, including the privileged space of artistic creativity and the impossibility of accessing an artist’s thought processes.

Marja Bloem is a freelance writer and former curator of exhibitions at the Stedelijk Museum in Amsterdam.